Wait, Which NGINX Ingress Controller for Kubernetes Am I Using? 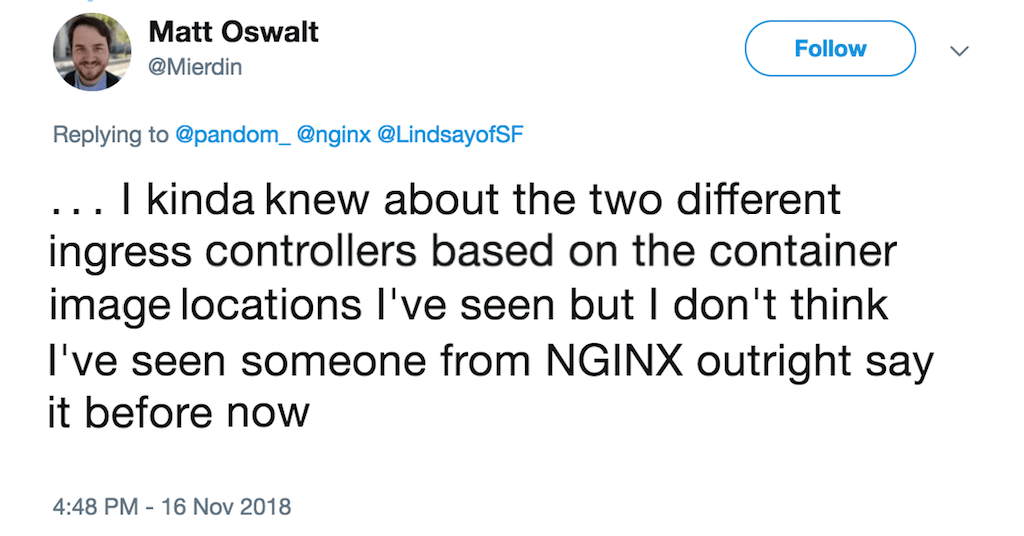 I can see why there may be some confusion, as these projects started around the same time, have really similar names, and essentially just deploy NGINX in front of Kubernetes. But yes, there are two NGINX Ingress Controllers for Kubernetes, and they are very different.

Before we go into the differences, let’s back up a bit and ask: what is a Kubernetes Ingress controller?

By default, applications running in Kubernetes pods are not accessible from the external network, but only from other pods within the Kubernetes cluster. Kubernetes has a built‑in configuration object for HTTP load balancing, called Ingress, that defines rules for external connectivity to the pods represented by one or more Kubernetes services.

When you need to provide external access to your Kubernetes services, you create an Ingress resource that defines the connectivity rules, including the URI path, backing service name, and other information. The Ingress controller then automatically configures a frontend load balancer to implement the Ingress rules. 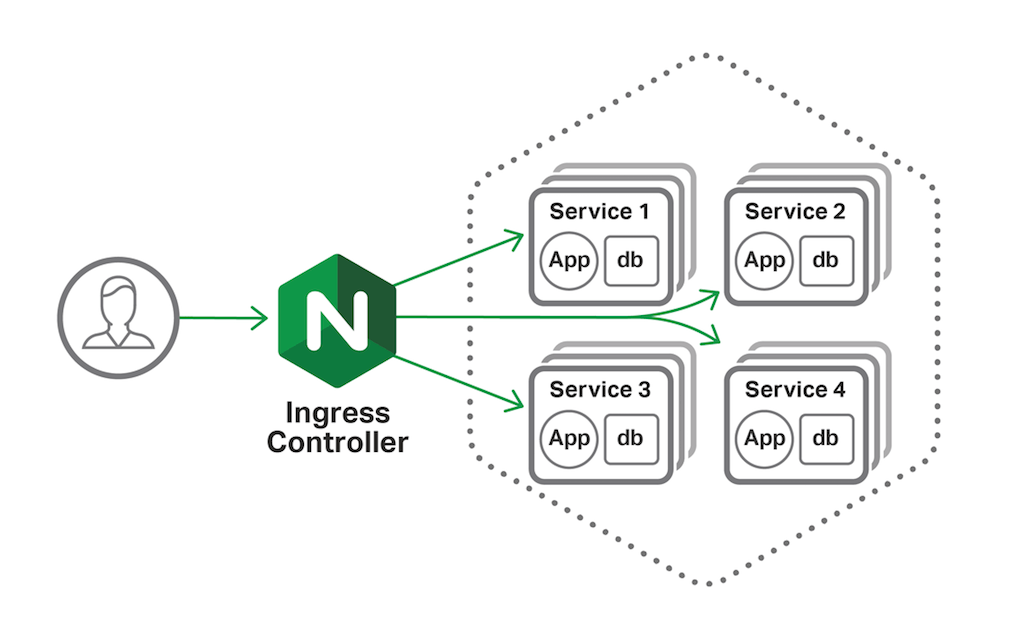 So let me ask a couple more “dumb questions”. How do you tell which NGINX Ingress controller you are using? And what are the differences between the two? (Well, actually there are three, when you include NGINX, Inc.’s version for NGINX Plus.)

What Are the Differences?

Now, with the basics out of the way, we can dig into the actual differences. Here’s how nginxinc/kubernetes-ingress differs from kubernetes/ingress-nginx, straight from NGINX’s VP of Product Management, Sidney Rabsatt:

And while we’re here, let’s review some of the key benefits you get from NGINX Plus when using it with nginxinc/kubernetes-ingress:

Of course NGINX and NGINX Plus can be deployed on any platform including bare metal, containers, VMs, and public, private, and hybrid clouds.

Like Sidney always says, would you rather see a cover band, or the real thing?!

NGINX is at booth G7 at KubeCon + CloudNativeCon North America 2018 in Seattle, December 11–13, giving demos of NGINX Controller for managing load balancers, the new API management module, and explaining, over and over again, that you gotta go stable, lightweight, and production ready. Hope to see you there!

Read more about the differences between the NGINX Ingress Controllers for Kubernetes at our GitHub repo.