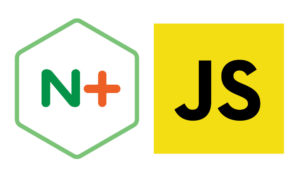 Harnessing the Power and Convenience of JavaScript for Each Request

Editor – nginScript is now known as the NGINX JavaScript module.

This is the first in a series of blog posts about nginScript. It discusses why NGINX, Inc. developed its own implementation of JavaScript, and presents a sample use case. Check out the other posts to explore additional use cases:

nginScript is a unique JavaScript implementation for NGINX and NGINX Plus, designed specifically for server‑side use cases and per‑request processing. It extends NGINX configuration syntax with JavaScript code in order to implement sophisticated configuration solutions.

There are of course many more possibilities for nginScript, and more still that have yet to be implemented. Although we are pleased to announce general availability of nginScript and be able to recommend it for production use, there is a roadmap of planned improvements that will enable yet more use cases, such as:

The NGINX community has created several programmatic extensions over the years. At the time of writing, Lua is the most popular of these; it’s available as a module for NGINX and a certified third‑party module for NGINX Plus. The Lua module and add‑on libraries provide deep integration with the NGINX core and a rich set of functionality, including a driver for Redis.

Lua is a powerful scripting language. It, however, remains fairly niche in terms of adoption and is not typically found in the “skillset toolbox” of the frontend developer or DevOps engineer.

nginScript does not seek to replace Lua and it will be some time before nginScript has a comparable level of functionality. The goal of nginScript is to provide programmatic configuration solutions to the widest possible community by using a popular programming language.

nginScript does not aim to turn NGINX or NGINX Plus into an application server. In simple terms, the use cases for nginScript are akin to middleware, as the code execution happens between the client and the content. Technically speaking, while Node.js shares two things with the combination of nginScript and NGINX or NGINX Plus – an event‑driven architecture and the JavaScript programming language – the similarities end there.

Node.js uses the Google V8 JavaScript engine, whereas nginScript is a bespoke implementation of the ECMAScript standards, designed specifically for NGINX and NGINX Plus. Node.js has a persistent JavaScript virtual machine in memory and performs routine garbage collection for memory management, whereas nginScript initializes a new JavaScript virtual machine and the necessary memory for each request and frees the memory when the request is completed.

JavaScript as a Server-Side Language

As mentioned above, nginScript is a bespoke implementation of the JavaScript language. All other existing JavaScript runtime engines are designed to be executed within a web browser. The nature of client‑side code execution is different from server‑side code execution in many ways – from the availability of system resources to the possible number of concurrent runtimes.

We decided to implement our own JavaScript runtime in order to meet the requirements of server‑side code execution and fit elegantly with NGINX’s request‑processing architecture. Our design principles for nginScript are these:

nginScript is implemented as a module that you can compile into an open source NGINX binary or dynamically load into NGINX or NGINX Plus. Instructions for enabling nginScript with NGINX and NGINX Plus appear at the end of this article.

In this example we use NGINX or NGINX Plus as a simple reverse proxy and use nginScript to construct access log entries in a specialized format, that:

The NGINX configuration for this example is extremely simple.

As you can see, the nginScript code does not sit inline with the configuration syntax. We use the js_include directive to specify the file that contains all of our JavaScript code. The js_set directive defines a new NGINX variable, $access_log_with_headers, and the JavaScript function that populates it. The log_format directive defines a new format called kvpairs which writes each log line with the value of $access_log_with_headers.

The server block defines a simple HTTP reverse proxy that forwards all requests to http://www.example.com. The access_log directive specifies that all requests will be logged with the kvpairs format.

Let’s now look at the JavaScript code that prepares the log line. We have two functions:

As can be seen in the kvAccessLog function, it is the return value that is passed to the js_set configuration directive. Bear in mind that NGINX variables are evaluated on demand and this in turn means that the JavaScript function defined by js_set is executed when the value of the variable is required. In this example, $access_log_with_headers is used in the log_format directive and so kvAccessLog() is executed at log time. Variables used as part of map or rewrite directives trigger the corresponding JavaScript execution at an earlier processing phase.

We can see this nginScript‑enhanced logging solution in action by passing a request through our reverse proxy and observing the resulting log file entry.

Much of the utility of nginScript is a result of its access to NGINX internals. This example utilizes several properties of the request and response objects. The Stream nginScript module for TCP and UDP applications utilizes a single session object with its own set of properties. See our blog for other examples of nginScript solutions:

We’d love to hear about the use cases that you come up with for nginScript – please tell us about them in the comments section below.

Enabling nginScript for NGINX and NGINX Plus

nginScript is available as a free dynamic module for NGINX Plus subscribers (for open source NGINX, see Loading nginScript for Open Source NGINX below).

If your system is configured to use the official prebuilt packages for open source NGINX and your installed version is 1.9.11 or later, then you can install nginScript as a prebuilt package for your platform.

Compiling nginScript as a Dynamic Module for Open Source NGINX

If you prefer to compile an NGINX module from source: